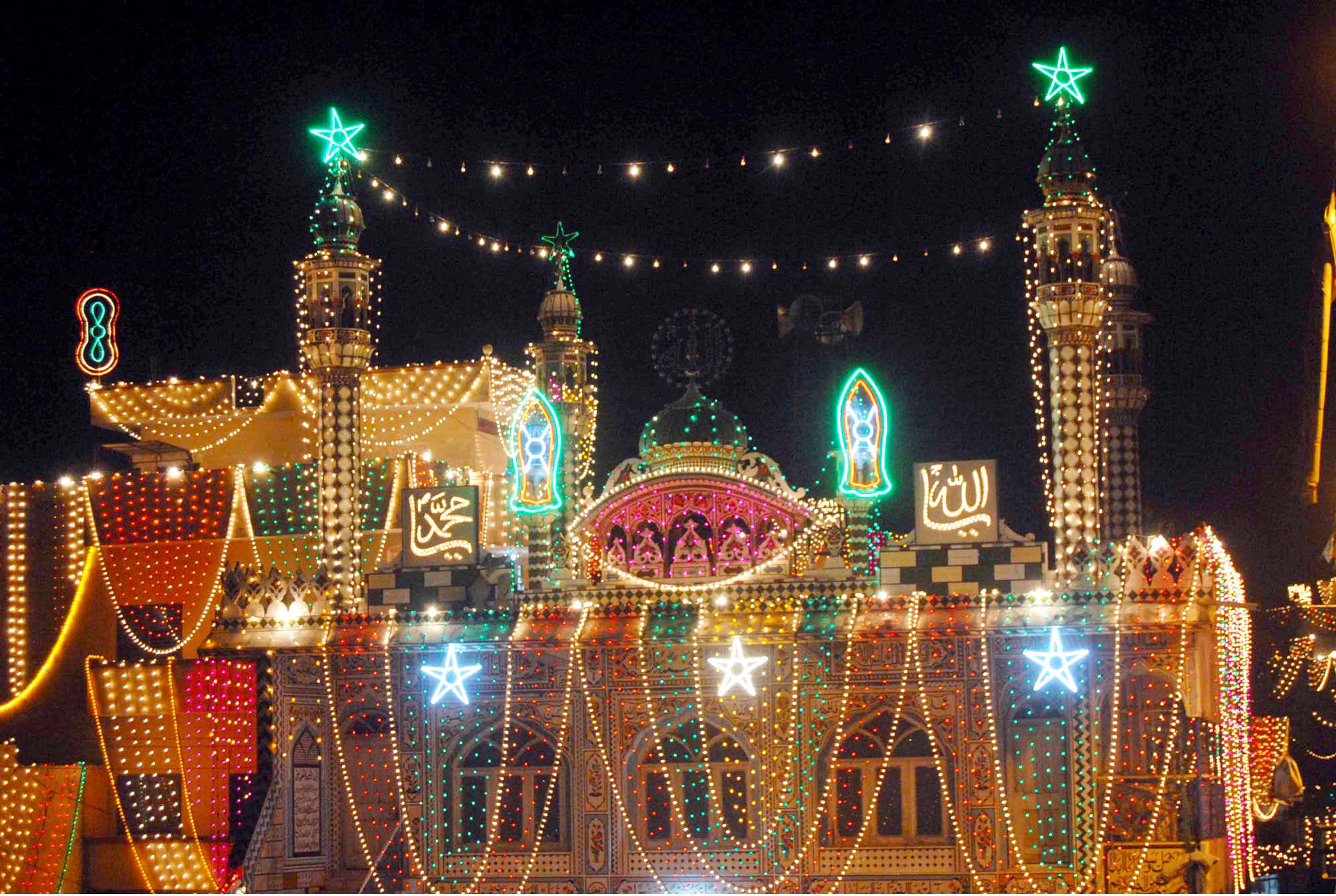 With the name of Allah… the most merciful and most gracious.

The embodiment of Quran, the guiding light, the source of virtues, exemplary of truthfulness, hallmark of dignity and nobility, the best humanitarian and compassionate persona, my beloved Prophet Muhammad SAW is the savior of whole mankind. A perfect character of exemplary attributes and conduct denotes as an argument for the glory and grandeur of The Creator. Allah Almighty has blessed the whole mankind with the utmost precious bliss and gift through sending us a great personality as our prophet and messenger of Allah SWT.

Indeed, Allah and his Angels send blessings on the Messenger. Oh, you who believe, send your blessings upon him and salute him with appropriate salutation (Quran 33:56)

Our faith cannot be completed until we have belief in that our Prophet Muhammad’s prophecy is last/final prophecy. Each action and deed, sayings and virtues of my prophet SAW is the manifestation of Islamic doctrine and a perfect code of conduct. His humbleness and kindness exemplified his perfection in personality. He was too kind and compassionate even for animals and the downtrodden folks.

Undoubtedly, our prophet is the savior of humanity. Truthfulness, fairness, compassions, impartial judgment, righteousness and nobility, was the key attributes of Allah’s last messenger. Unlike the previous Prophets sent by Allah (S.W.T) to guide mankind, the Holy Prophet Muhammad’s SAW message is not restricted to a certain place, people or time. Allah states “And we have sent you (O Muhammad SAW) not but as a mercy for the Aalamin (all that exists).” Aalamin infers everything create from the beginning of time till the end.

Even prior to the prophethood, Muhammad SAW was greatly regarded for his superior character and exceptional manners, earning the title of the ‘Truthful One.’ The people of Makah entrusted him with their possessions for safekeeping and he was often asked to mediate disputes as an impartial judge.

The beautiful and valued teaching of our prophet are like that gems and pearls which bright and sparkles in the darkness and it brighten up its beholders. The Holy Prophet SAW was extremely generous and sociable himself. His preaching demonstrates the monotheistic teachings. He encouraged others to be likewise. A man asked the Prophet SAW “Which act in Islam is the best?” He replied, “To feed (the poor and needy) and greet those who you know and those who you do not.”

Similarly, he forbids jealousy and mutual estrangement. The one of companion Anas bin Malik (R.A.) narrates that the Prophet SAW said, “Do not hate one another, and do not be jealous of one another; and do not desert (cut your relationship with) each other, and O Allah’s worshippers! Be brothers. It is not permissible for any Muslim to desert (not talk to) his brother (Muslim) for more than three days.”

He led a simple life without any extravagance or lavishness. He put the worldly life behind his back and turned away from it. He considered it to be a prison, not Paradise! Had he wished, he could have had anything he desired, for the keys of its treasures were presented to him, but he refused to accept them. He did not exchange his share of the life to come with the worldly life. He knew that it is a corridor, not a permanent residence. He understood fully well that it is a transit station, not a leisure park. He took it for its real worth – a summer cloud that would soon disperse.

In his good manners, gentleness and forbearance he has left a perpetual and living example of a perfect behavior for the entire human race. With his perfect emotional balance, he did not shun the legitimate pleasures of this world. He was wonderful. A perfect man. Consequently, he was loved more deeply and reverentially than any other, by those that were with him and by all subsequent generations of Muslims.

The level of kindness was great stupendous. He forgave even those who persecuted him and forced him and his family to exile for three years in rugged mountains, who had accused him of being a lunatic, a poet, or one possessed. He even pardoned Abu Sufyan, one of the most evil of people who plotted to persecute him day and night, along with his wife, Hind, who mutilated the dead body of the Prophet’s Muslim uncle and ate the raw liver after ordering Wahshi, a fierce slave known for his fighting skills, to kill him, which later led them to accept Islam. Who else could be on such an exalted standard of character but the noblest and most truthful Messenger of God?

This is how Jabir ibn Samura described him in a best way, our prophet SAW is the Chief of the Pious, the Prince of the Believers, the Chosen One of the Most Merciful – Muhammad SAW the Messenger of God.

He was a religious teacher, a great father, a wonderful husband, a faithful friend, an excellent guide, a strong believer, social and political reformer, and the best companion. He was the best of men to his wives. Aisha, his wife, described how humble he was:

“He used to remain busy serving and helping his household, and when the time for prayer came, he would perform ablution and go for prayer. He would patch his own sandals and sew his own garments. He was an ordinary human being, searching his clothes for lice, milking his sheep, and doing his own chores.” (Saheeh Al-Bukhari)

Indeed, he was the best of all people to his family. His personality was such that people were not driven away from him. Prophet Muhammad SAW is forever a perfect example of honesty, fairness, mercifulness, compassion, faith, courage and commitment; an exceptional, thoughtful human being in brief. The only worth life model and example for not only Muslims but for humans of all times and place for eternity.

When PM Khan hits back beyond borders