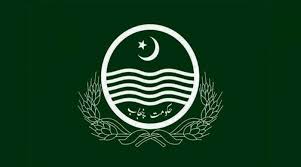 Lahore: Following the satisfactory performance of the insurance sector in the country, the Government of Punjab has been planning to establish a public sector insurance company. Several meetings of the concerned officials have also been convened in this regard. The provincial Minister of Finance, Hashim Jawan Bakht, has tasked the President of the Bank of Punjab (BoP), Zafar Masud, with providing the required assistance to the provincial government, a national daily reported. According to the news report, the BoP President has hired the consultancy services of the KPMG chartered accountant firm. Official documents show that the BoP has hired the consultancy services of KPMG’s Taseer Hadi to conduct a feasibility study to establish the insurance company. The documents said that after the analysis of the performance of the insurance sector in Pakistan and the assessment of the feasibility for the establishment of a new public sector insurance company, the consultants are positioned to give a productive briefing to the Government of Punjab.

A meeting was held recently on the issue and was chaired by the provincial Minister for Finance and attended by Zafar Masud, Secretary Finance Abdullah Sumbal, the Additional Finance Secretary Numan Yousaf, and officials from the KPMG. The KPMG officials briefed the attendees about the structure of the existing insurance companies and the potential public sector insurance company. They also pointed out the areas where the private sector insurance companies are unavailable and the untapped areas that may be covered by the proposed Punjab Insurance Company. A suggestion was also made to constitute a board for the insurance company on the model of the BoP’s Board of Directors, with both government officials and private representatives.

Meanwhile Chairman of National Business Group of FPCCI, President Pakistan Businessmen and Intellectuals Forum and All Karachi Industrial Alliance, and former provincial minister Mian Zahid Hussain said pandemic has reduced inflation in many countries due to contracted demand barring Pakistan where it has crossed all the limits to make life difficult for the masses. He said that now masses are unable to withstand continued price shocks at a time when their income has been squeezed. Mian Zahid Hussain said that agreement with the IMF for achieving impossible tax targets was a mistake for which the nation is paying the price while economy is facing problems. Talking to the business community, the veteran business leader said that coronavirus has damaged economic activities resulting in reduced demand and an average reduction of 3 to 4 percent in many countries but it is another way around in Pakistan due to the absence of any control.