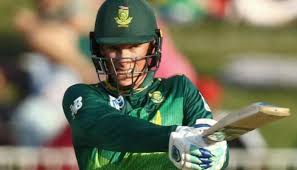 RAWALPINDI: South Africa’s top-order batsman Rassie van der Dussen has shared that his first exposure to the pitches in the sub-continent was no less than a surprise.

The Proteas player said he is keen for the second Test against Pakistan.

Dussen scored 17 and 64 in the two innings he played for South Africa in the first Test at the National Stadium in Karachi.

Speaking to the media, Dussen said his efforts would be to gain maximum from the second Test. “Playing in the sub-continent all the more poses different challenges. The ball keeps low here. Spinners get to purchase and there is also a reverse swing that makes the job difficult for a batsman. My first ever exposure in these conditions was not without surprises.”

“As a team, we definitely have some problems. Batting collapse, not getting big innings, and losing wickets at crucial times. We will try to overcome these drawbacks in the second Test which we are aiming to win to draw the series.”

Lauding Pakistan’s bowling, Dusseb said: “They have the best bowling that suits the conditions so we need to be bit more responsible to keep them at bay.”