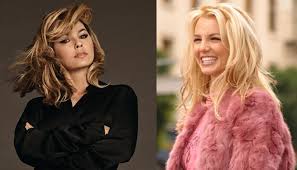 Los Angeles: Shania Twain recently sat down for a candid chat and spilled the beans behind the impact Britney Spears has had on her music.

During her newest episode for the Home Now Radio podcast alongside Apple Music, the host revealed, “Hit me baby one more time. Oh yeah! Britney Spears. I don’t sound like her, but I sing along to her records.”

“Britney Spears is another residency artist in Las Vegas that I have seen a few times. She was initially in Zappos Theater where I ended up myself and I loved the room. I thought her show was great and I was motivated to get on that same stage, so her show inspired me a lot.”

During the course of her interview Twain even admitted that Spears played a major role in helping craft her sophomore studio album.

“It was a fantastic show. I actually co-wrote a song for her years ago in 2001, it was for the album Oops! I Did It Again. The song was called, ‘Don’t Let Me Be the Last to Know’.”