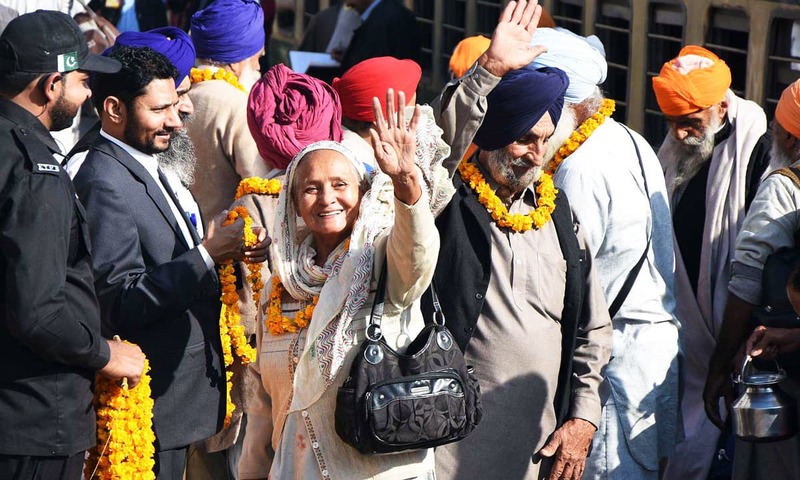 The Pakistani government welcomed Sikh thousands pilgrims as they arrived in Pakistan to celebrate the 549th birth anniversary of Baba Guru Nanak Dev Ji from November 21-30 on Wednesday.

Foreign Office Spokesperson Dr Mohammad Faisal tweeted, “On Eidmiladunnabi Pakistan also welcomes Sikh pilgrims from all over the world, (only our mission in New Delhi has issued more than 3500 visas) for the 549 birth anniversary celebrations of Baba Guru Nanak in Nankana Sahib from November 21-30 2018.”

He further said, “As a progressive, moderate Islamic state we proudly follow the Islamic principles which taught respect for all religions way before the human rights charter came into existence.”

Earlier, on Tuesday, the Pakistan High Commission in New Delhi issued over 3800 visas to Sikh pilgrims from India to participate in the anniversary celebrations of Baba Guru Nanak Dev Ji.

Under the framework of the Pakistan-India Protocol on Visits to Religious Shrines of 1974, a large number of Sikh Yatrees from India visit Pakistan to observe various religious festivals/occasions every year.

The celebrations of Baba Guru Nanak’s birthday will continue till Nov 30.

Every year, Sikh devotees from all over the world gather at Gurdwara Punja Sahib in Hassanabdal to celebrate Baba Guru Nanak’s birth anniversary.

The celebrations last for more than a week, during which sacred rituals are performed at the Gurdwara and sweets and langar (free meals) are offered, irrespective of religious orientation.