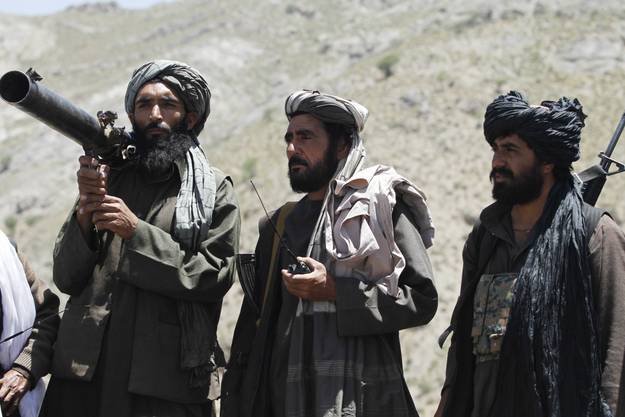 The Taliban have held three days of talks with United States (US) envoy Zalmay Khalilzad in the Gulf state of Qatar, where the militant group has a political office, a Taliban official and another individual close to the group claimed on Sunday.

The talks are aimed at renewing the Afghan peace process and eventually winding down America’s longest war.

Seventeen years after the US-led invasion that ended Taliban rule, the militants control nearly half of Afghanistan and carry out near-daily attacks on local security forces and government officials.

The two individuals spoke on condition of anonymity because they were not authorised to discuss the sensitive negotiations.

US officials could not immediately be reached for comment. The State Department has refused to comment on reported talks with the Taliban.

A third individual with knowledge of the discussions said the Taliban pressed for a postponement of next year’s presidential elections and the establishment of an interim government under neutral leadership.

Abdul Sattar Sirat, an ethnic Tajik and Islamic scholar, was suggested as a candidate to lead an interim administration.

The individual, who also spoke on condition of anonymity because of the sensitivity of the talks, said Khalilzad wants to reach a settlement within six months, a timescale the Taliban said was too short.

Khalilzad also proposed a ceasefire, which the Taliban rejected, the individual said, adding that there was no agreement on the release of prisoners, opening the Taliban office or lifting a Taliban travel ban

Khairkhwah and Fazl were among five senior Taliban members released from the US prison at Guantanamo Bay in 2014 in exchange for US Sgt Bowe Bergdahl, who was captured by the Taliban after walking off his base in Afghanistan in 2009. The five are now based in Qatar, and are seen as having enough stature to sell a peace deal to insurgents fighting on the front lines.

President Donald Trump harshly criticised the 2014 prisoner exchange, and in a speech last August pledged to send in additional US forces and redouble efforts to defeat the Taliban.

But that strategy has had little if any impact on the ground, with the Taliban keeping up a steady tempo of attacks and a militant Islamic State group affiliate carrying out massive bombings targeting members of the Shia community.
The Trump administration now appears focused on reaching a political settlement with the Taliban, and has given in to a number of the group’s longstanding demands, beginning with the holding of direct talks.

In a lengthy statement issued earlier this month, the Taliban had demanded the lifting of sanctions against the group’s leaders, the release of prisoners and the recognition of their office in Qatar.

The Afghan government is deeply opposed to any recognition of the Qatar office, which the Taliban in the past have billed as a government in exile.

Khalilzad has been touring the region in recent days, and reportedly met with Afghan President Ashraf Ghani on Sunday. He is expected to press Ghani to cobble together his own negotiating team, which could prove difficult given the deep divisions within the government.

Trump lashes out on Pakistan for not doing ‘a damn thing’