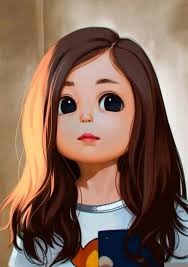 Hira, sixteen years old girl, lived in a backward area. She is a hardworking student who studied day and night to achieve her goals. Her father is the only one who brings bread and butter for his family. Her mother is a simple woman who is just a house-wife. She has two siblings who are infants and her mother look after them.

One day, her father met an accident and got badly injured, and he got paralyzed. When she heard the news, her heart shattered into pieces, and she was at the verge of despair. She got the news on the phon. On that black day of her life, she thought nothing has left behind for them. Many questions were triggering in her mind. Who will pay her school fee? Who will help them to get her father’s treatment done? Who will look after her family? No one will look after them! She was bargaining internally for rights of her family. Her dreams were broken into many pieces. How can she get them into a pattern of hope? On that night when she was fighting for her dreams and for basic rights, she thought she should do something for herself and for the basic rights of her family. She got up, looked into a mirror and wiped out her bloody tears and thought why she should not be bread earner for my parents and siblings? While I she chasing her dreams she took a deep breath and slept. Next day, she went to her mother and tell her I will be your shelter do not be helpless and hopeless. She hugged her and said “Do not de motivate your capabilities I am there for you”. God will help us to survive in this cruel world. She went to Food Street which is near their home town and begged to some owners of cafeteria to get her a little job that pay her enough that she can bring food for her family but all in vain. Some disgusted people around her who have very cruel mentality tortured her with an abusive language. She cried and thought why she came to this brutal world. When she used to return home with an empty handed, the hungry eyes of her siblings and the hopeless broken heart of her parents led her in depression and guilt. One day a well-wisher came to her while she was in search of job he offers her a waiter job opportunity in cafeteria in which there was no profit but she accept it with good heart and believed that all of her struggles and hardships will pay off.  She went to her job regularly. People who came at cafeteria looked her with leeringly. Scum boys used to pass disgusted comments. She looked up with heavy heart and get back to duty again. After six months of struggling, she earned so well that she was bearing her home expenses easily and was saving some money to own a food stall one day. The day came when she bought a food stall near her home town. People who used to de motivate and neglect her in a society came up at her stall and appreciate her for being bread earner of the family. Day by day I was earning so much that she felt dark days have no more space in my life. Her father, who got paralyzed, getting a good treatment in hospital. Siblings, who rose up by her mother, were going to school. She felt like life has given her a new chance to relive all the moments with her family. She proves herself to all those people who de motivated her in dark days.

From: University of Central Punjab Lahore