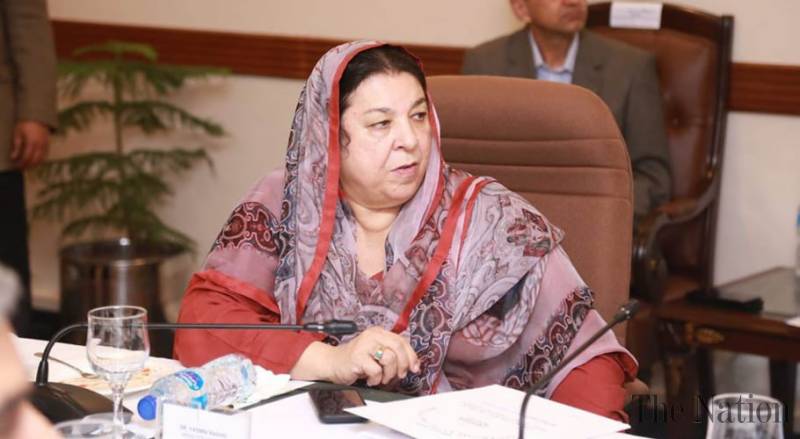 LAHORE: Punjab Health Minister Dr Yasmin Rashid on Wednesday ordered to make three new regional fully functional blood banks in the province. She gave these directions while chairing a meeting of the Institute of Blood Transfusion Services Punjab at the Specialized Healthcare and Medical Education Department here. The Health Minister said the performances of all blood banks of Punjab were being reviewed. She informed that training courses of Hematologists would soon be initiated in the province. “I have asked secretary Blood Transfusion Authority to visit all blood banks and share report on their performance,” she said.

The blood banks of Mayo and General Hospitals had been upgraded whereas a new blood bank had been set up in Faisalabad, she added. She said that hiring would be made against vacant positions in the blood banks. She said the SOPs were being strictly implemented for safe transfusion of blood in government blood banks. The minister said that recommendations of Vice-Chancellor Faisalabad Medical University Professor Dr. Zafar Chaudhry should be incorporated for improved strategies. She said that registration of all blood banks was being ensured and action would be taken against unregistered blood banks. The Health Minister reviewed performance of the Institute of Blood Transfusion Services Punjab as well. Special Secretary Specialized Healthcare and Medical Education Silwat Saeed, Additional Secretary Development Dr. Asif Tufail, Additional Secretary (Technical) Dr. Salman Shahid, Vice Chancellor Fatima Jinnah Medical University Professor Amir Zaman Khan, Secretary Blood Transfusion Authority Punjab Shahnaz Naeem and other officers attended the meeting.