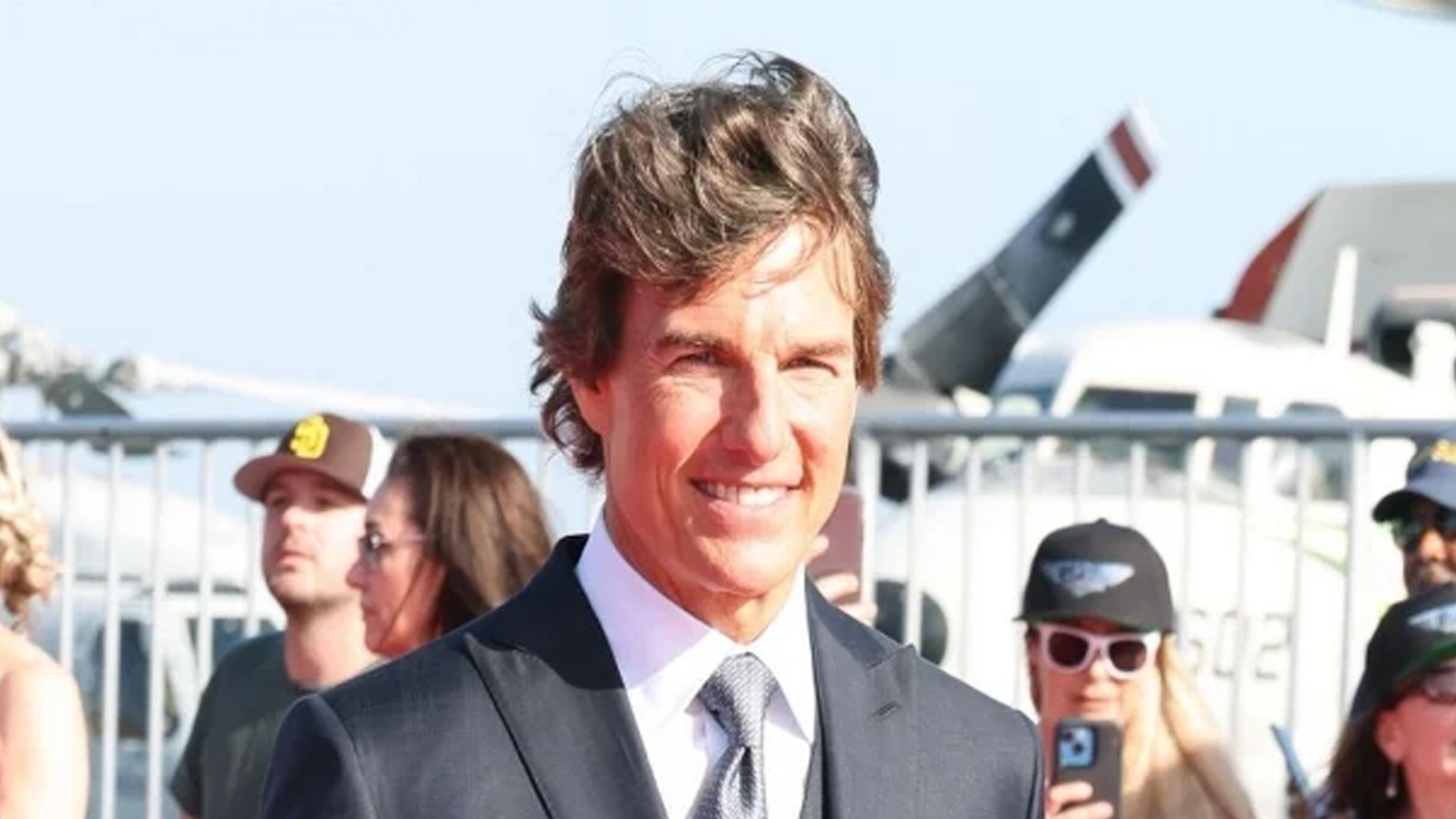 Tom Cruise wowed his fans as he arrived at the star-studded premiere of his highly-anticipated film Top Gun: Maverick via helicopter.

Cruise, who is set to return to screens as Pete ‘Maverick’ Mitchell from the 1986 drama, made the epic entrance in a USS Midway helicopter, which he flew himself, before walking onto the red carpet in San Diego, Calif., on Wednesday.

The Mission Impossible star was all smiles as he waved to a massive crowd of diehard fans, who recorded him stepping out of the chopper, which read: ‘Tom Cruise Top Gun: Maverick.’

The 59-year-old actor, who is famous for performing his own stunts in films, looked dapper as ever in a black tuxedo and a grey tie as he walked the star-studded event and later posed alongside his film co-stars Miles Teller, Jennifer Connelly, and more.