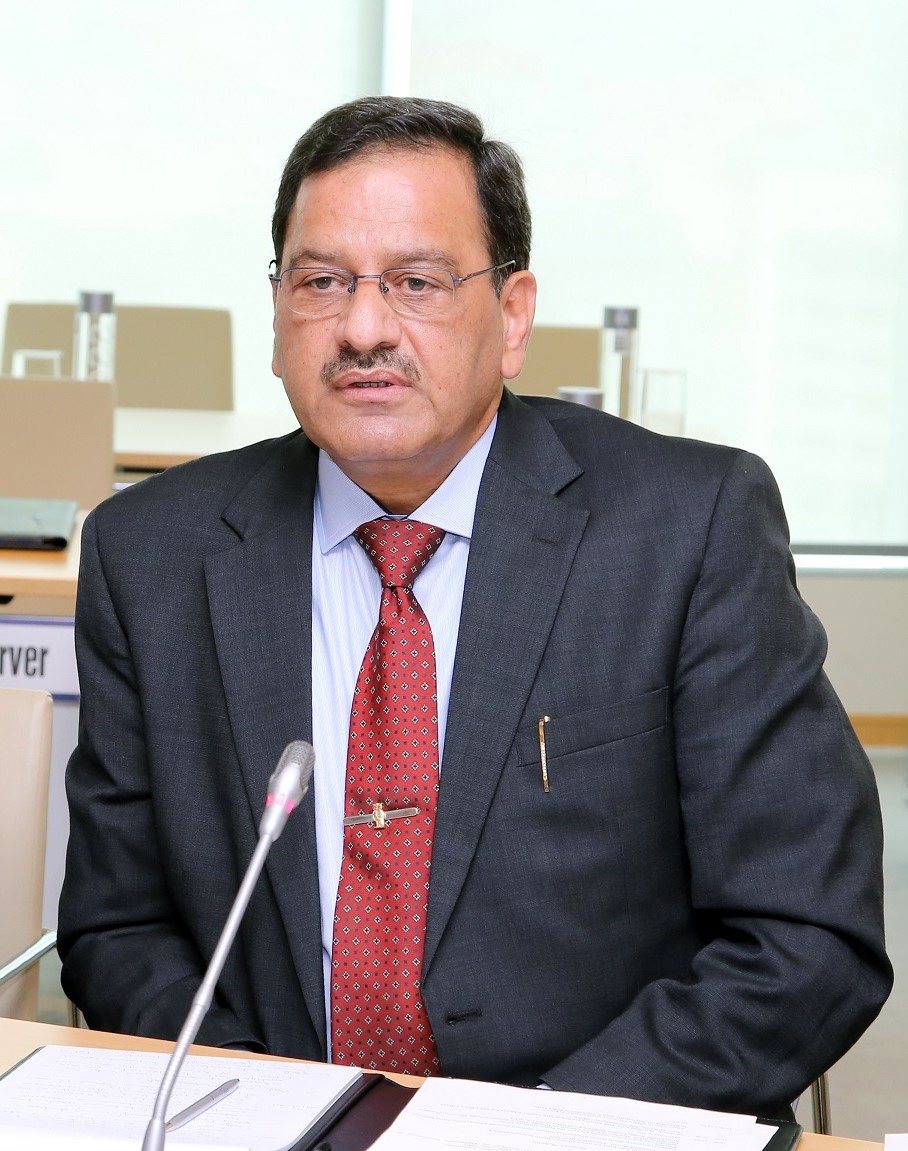 The presumptive Democratic presidential nominee Joe Biden has chosen California Sen. Kamala Devi Harris as his running mate, which ended months of relentless speculation over the prospects of more than a dozen prominent women, from progressive powerhouses such as Stacey Abrams and Sen. Elizabeth Warren to national security heavyweights, including former National Security Advisor Susan Rice and Illinois Sen. Tammy Duckworth, a combat veteran of the Iraq War. The California Democrat Kamala was born in Oakland, California, to two immigrant parents: an Indian-born mother and Jamaican-born father. After her parent’s divorce, Ms Harris was raised primarily by her Hindu single mother, Shyamala Gopalan Harris, a cancer researcher and civil rights activist. She grew up engaged with her Indian heritage, joining her mother on visits to India, but Ms Harris has said that her mother adopted Oakland’s black culture, immersing her two daughters – Kamala and her younger sister Maya – within it. Senator Kamala is the first Black and South Asian American woman to back up a major U.S. presidential ticket; thus her pick by Biden allows Democratic party to gain multiple advantages over Republican Trump.

In choosing Kamala Devi Harris, a 55-year-old first-term senator from California, Joe Biden is acknowledging the vital role Black voters are likely to play in his bid to defeat Trump. Four years ago, the first dip in Black voter turnout in 20 years contributed to Democrat Hillary Clinton’s upset loss to Trump. Biden, got his sinking campaign rescued by Black voters in South Carolina’s primary in February 2020, and needs their strong support against Trump. Black voters will be crucial in battleground states, such as Michigan, Pennsylvania and Wisconsin, where Trump narrowly prevailed in 2016, as well as Republican-leaning southern states like Georgia and Florida, which polls confirm has become aggressive this year. Biden had also been under increasing pressure to select a Black woman as his running mate amid social unrest over racial injustice and police brutality following the May 25 killing of George Floyd, a Black man, by a white policeman in Minneapolis. Numerous Black leaders, including politicians who had themselves been considered as Biden’s running mate, emphasised the historic importance of Harris’ selection. Senator Kamala Devi is also likely to have a lot of appeal to Indian American voters and rich Indian Diasporas to support Democrats’ Presidential election campaign. That will have obvious dividends for Indian Americans, immigrants, businessmen and new American strategic ally India in Asia-Pacific region. Nevertheless, Indian Prime Minister Modi (representing far right Hindutva BJP/ RSS) after developing commonalities like Islamophobia, make India/ America great again, anti-Muslim and anti-immigrants policies with POTUS Trump, will need to make a lot of adjustments in redirecting Indian government and purported non-government efforts in supporting Biden-Kamala duo as Trump’s opponent.

It is also noteworthy that Kamala joins Biden in the 2020 race at a moment of unprecedented national crisis. The COVID-19 pandemic has claimed the lives of more than 160,000 people in the US, far more than the toll experienced in other countries. Business closures and disruptions resulting from the pandemic have caused severe economic problems. Trump’s uneven handling of the crisis has given Biden an opening, and he enters the campaign’s final stretch in a strong position against the president. In adding Kamala Harris to the ticket, he can point to her relatively centrist record on issues such as healthcare and her background in law enforcement in California, the country’s largest state. According to Jarrett Blanc, a former State Department official during the Obama administration, “the fact that an African American woman born of immigrant parents from India and Jamaica and educated at a historically black university can be seen as a ‘safe pick’ for [vice president] is really heartening. In foreign policy terms, it tells countries around the world that we haven’t given up, that despite the madness of the last four years, the U.S. is still striving to live up to our ideals.” President Donald Trump, meanwhile, launched an attack on Kamala Harris within minutes of the announcement, posting an ad on Twitter that characterized her as a “phony” and champion of the “radical left” who supported “socialized medicine.” The ad, which accused her of “attacking Joe Biden for racist policies,” also noted that Biden referred to himself as a “transition candidate.” “He is handing over the reins to Kamala while they jointly embrace the radical left,” the ad stated.

However, Kamala Harris isn’t starting from scratch. During her primary campaign, she was advised by seasoned foreign-policy experts, including Chavez; Matthew Spence, a former Pentagon official; Philip Gordon, a prominent Middle East scholar and former White House Middle East coordinator; and Matthew Olsen, the former director of the National Counterterrorism Center. She has also served on the Senate Select Committee on Intelligence, which oversees the United States’ vast array of spy agencies and has played a key role in investigating Russia’s interference in the 2016 presidential elections. During her presidential campaign, Harris called on the need to confront China over its “abysmal” human rights record and “unfair trade practices,” but stopped short of supporting President Donald Trump’s trade war. Harris framed Russia as one of the United States’ top foreign-policy challenges in her primary run and repeatedly condemned the Kremlin’s interference in the 2016 elections. In an interview with the Council on Foreign Relations, Harris said that she would seek to cooperate with China on a range of issues, including by seeking agreement on a path toward easing the environmental damage caused by global warming.

The 55-year old senator has faced scrutiny from the progressive left for her record as California attorney general and San Francisco district attorney during her primary run. Harris has been a vocal proponent of criminal justice reform, particularly in the wake of the police killing of George Floyd in Minnesota that sparked a nationwide reckoning on racial injustice and criminal justice reform. But Harris’s nearly three-decade long tenure as a prosecutor in California’s criminal justice system, which has disproportionately impacted the state’s African-American community, drew criticism from progressive voices calling for sweeping overhauls to the justice system to root out racial prejudice and bias. She is the first Black woman and the first person of Indian descent to be nominated for national office by a major party, and only the fourth woman in U.S. history to be chosen for a presidential ticket. She brings to the race a far more vigorous campaign style than Mr. Biden’s, including a gift for capturing moments of raw political electricity on the debate stage and elsewhere, and a personal identity and family story that many may find inspiring. A pragmatic moderate who spent most of her career as a prosecutor, Ms. Kamala was seen throughout the vice-presidential search as among the safest choices available to Mr. Biden. She has been a reliable ally of the Democratic establishment, with flexible policy priorities that largely mirror Mr. Biden’s, and her supporters argued that she could reinforce Mr. Biden’s appeal to Black voters and women without stirring particularly vehement opposition on the right or left. Ms. Harris is likely, however, to face some skepticism from the left — and attacks from Mr. Trump — over her record as district attorney of San Francisco and attorney general of California. It remains an open question how much Ms. Harris will help Mr. Biden and his party in terms of the electoral map: Last year, she never garnered strong support in the diverse states of South Carolina and Nevada, and opinion research conducted by Mr. Biden’s team in recent weeks suggested she was not especially compelling to Black voters.

It is also worth mentioning that if Biden won in November, he would become the oldest president ever to hold the office, and few senior Democrats believe he is likely to seek a second term that would begin after his 82nd birthday. As a result, when Democrats formally approve Ms. Harris as Mr. Biden’s running mate this month, they may well be installing her as a powerful favourite to lead their party into the 2024 presidential race. For China and Pakistan, some deep thinking is necessitated with an Indian American getting tipped as VP with probable presidential candidacy and its impact on U.S. policies towards both countries. Many Pakistani Americans may find themselves standing confused akin to many Indians Americans in choosing between a devil and deep blue sea. The ultimate presidential election campaign during 2020 will remain focused on gaining votes on White Supremacist versus deprived and oppressed Blacks narrative; both harmful for USA, nevertheless.

UAE-Israel Peace Agreement and Its Implications for Islamic World