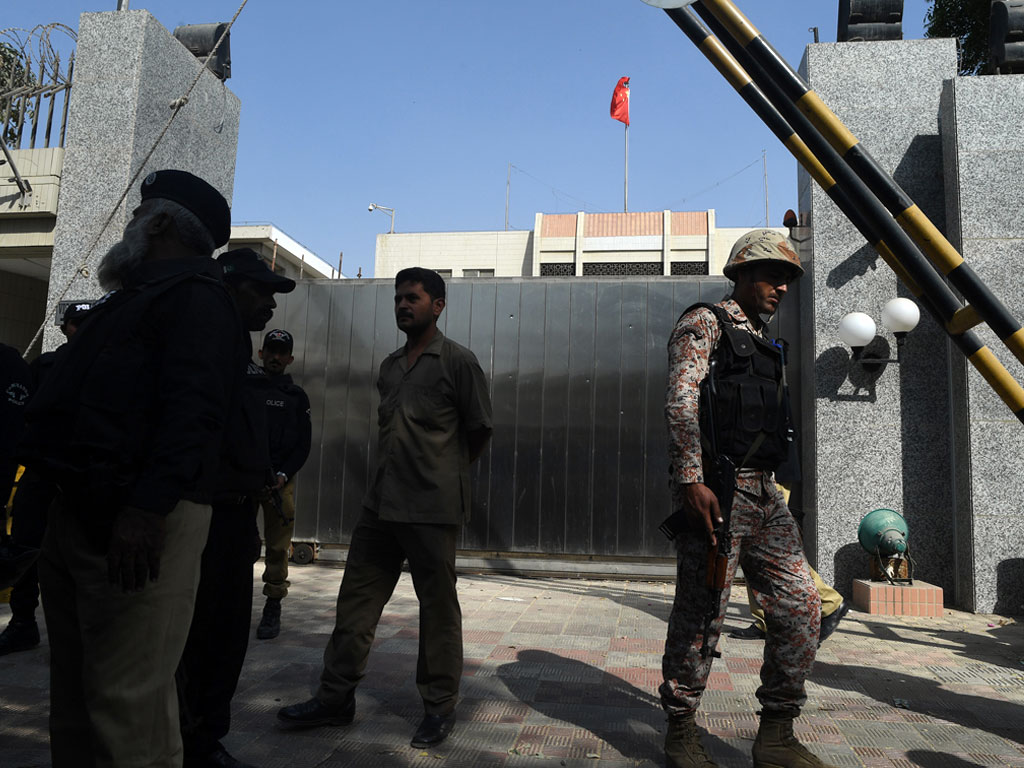 A day after the attack on Chinese Consulate in Karachi on Friday morning, the police have arrested two facilitators for their alleged involvement in the attack on the embassy.

The police arrested the two suspects on Saturday in separate operations in Karachi and Shahdadpur. Both the suspects, whose identities are yet to be revealed, have been shifted to an undisclosed location for interrogation, local media reported. The suspects are believed to have spoken to the terrorists before they attacked the consulate.

Three terrorists attacked the consulate on Friday, in which four people were killed. The deceased include two policemen, identified as Assistant Sub Inspector Ashraf Dawood and Constable Amir, who died in the shootout with the terrorists. The other two deceased were two civilians, a father and son, who had come to the embassy for visa.

The gunmen opened fire after the security guards barred them from entering the premises of the consulate. In retaliatory fire, the security forces killed all the three terrorists. The attack on the consulate has been claimed by Balochistan Liberation Army. The attackers have been identified as Razzaq, Raees Baloch and Azal Khan Mari alias Sangat Dada.

The attack was orchestrated by the outlawed Balochistan Liberation Army commander Aslam alias ‘Achchu’, according to sources. He is reportedly currently under treatment at Max Hospital in New Delhi.