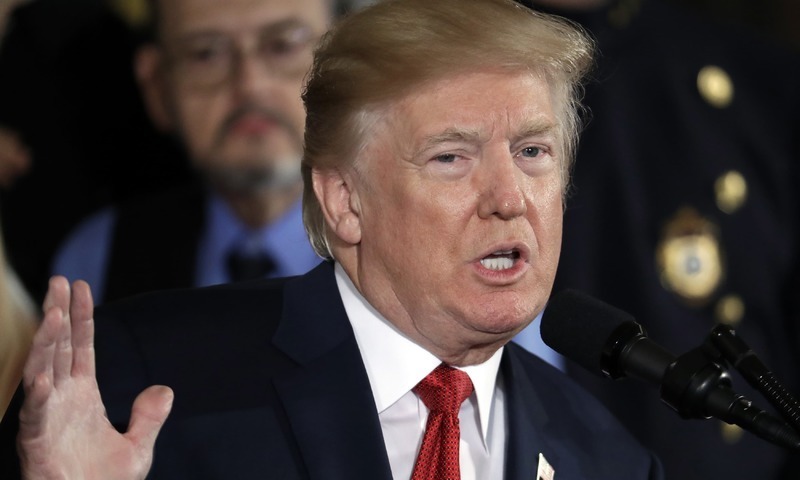 President Donald Trump on Sunday defended his administration’s decision to stop hundreds of millions of dollars in military aid to Pakistan, saying the country does not do “a damn thing” for the US.

Trump also defended his administration’s decision to pull hundreds of millions of dollars in military aid to Islamabad in an interview with Fox News.

“You know, living — think of this — living in Pakistan, beautifully in Pakistan in what I guess they considered a nice mansion, I don’t know, I’ve seen nicer. But living in Pakistan right next to the military academy, everybody in Pakistan knew he was there,” Trump said, referring to bin Laden and his former compound in Abbottabad, Pakistan.

“You’re not even going to give them credit for taking down bin Laden?” Wallace asked.

The compound was destroyed shortly after the United States Naval Special Warfare Development Group forces, in a helicopter raid, killed bin Laden in 2011.

The United States has already canceled $300 million in aid to Pakistan for its lack of decisive action against militant groups.

The cancelation of aid is part of President Trump’s New Year tweet in which he launched a scathing criticism against Pakistan for betraying the US.

“The United States has foolishly given Pakistan more than 33 billion dollars in aid over the last 15 years, and they have given us nothing but lies & deceit, thinking of our leaders as fools. They give safe haven to the terrorists we hunt in Afghanistan, with little help. No more!,” Trump tweeted on January 1.

The US president Donald Trump also said he had been fully briefed on an audio recording of journalist Jamal Khashoggi’s murder but “does not want to listen to it himself”.

“Because it’s a suffering tape. It’s a terrible tape,” he said in the interview.

“It was very violent, very vicious and terrible.”