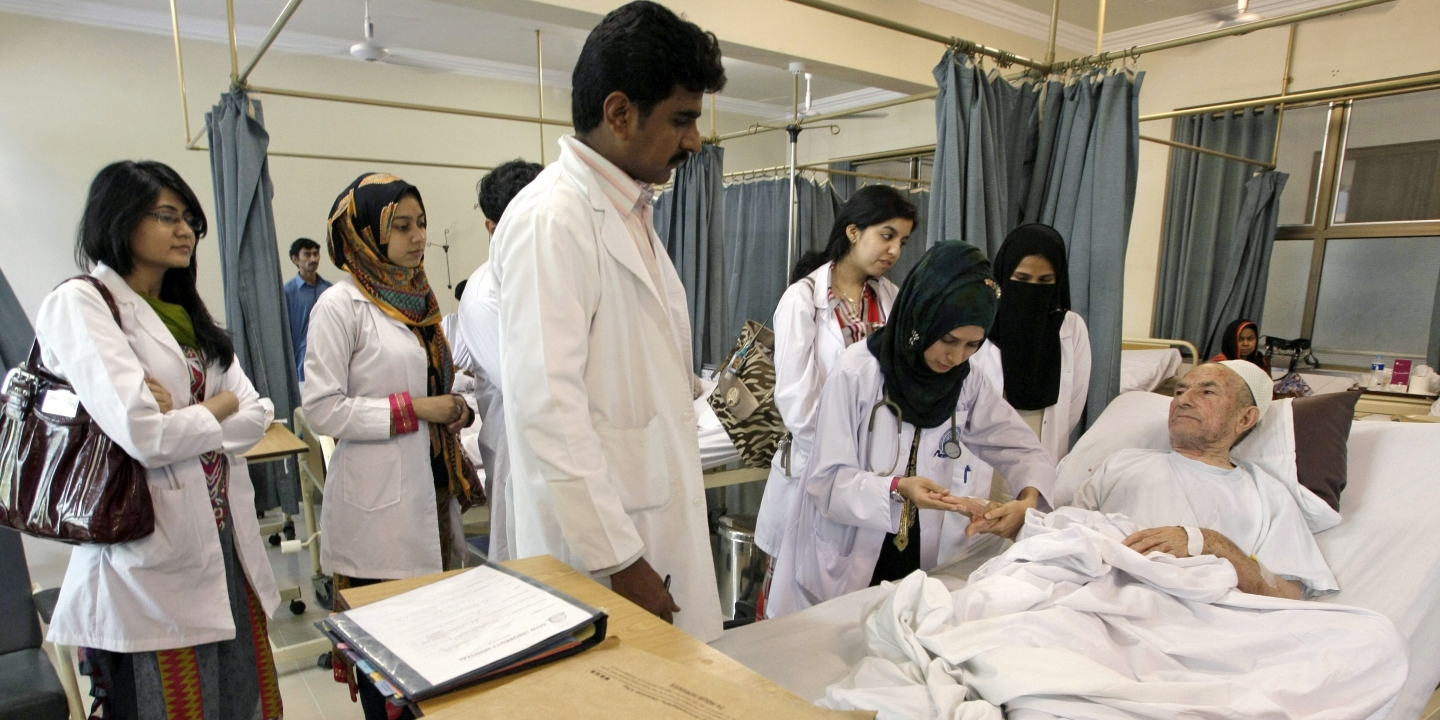 This may not wrong to say that our society is becoming an intolerant, frustrated and aggressive society for the variegated reasons. People are seen on conflict and dissident towards each other even on tiny matter of life and do not try to tolerate. The Antagonism among the public blemishing the peace and serenity of society and the stature of being an ideal society is badly ruptured.

The sense of insecurity from all aspects of life triggering a blaming and rotten attitude among the public. Everybody is seen blaming the other even on own guilt and failure. I would like to report here about a continuous happening issues of violence against the doctors and a constraint between doctors-patients relationship and role of media in portraying the issues and happenings regarding this particular profession.

It has been observed from many years that our media is simultaneously portraying a negative picture of medical doctors. The headlines and news which are made by media regarding doctors are making a public opinion that doctors willfully do negligence towards their patients and they are portrayed as Dajal, merciless, cruel and conscienceless without proving all this with no any solid proof.

News headlines such as “a patient died due to carelessness and negligence of doctors” has given birth to the common perception among the public that doctors are merciless money-oriented butchers. So this is out of my wits that how our media should call a responsible media where there news are being released without any verification. Why media has started defaming and bashing the doctors who are best serving the humanity by putting aside all their happy moments, recreation and personal time of family and friends. Their long hour duties, 24 hours examining and curing patients, sleeplessness and altogether a boredom life is not for their own- self but devoted to serve the lives with all their best.

A common goodness in doctors have been observed that they become very satisfied and happy when they get successful in curing the patients who came on the verge of life and death. But this is again point to ponder that life and death is solely in the hand of Allah Almighty not doctors who are blamed if any bad things happen even after putting all his/her full efforts to save and cure. Doctors are human too. They are not any super creature who do not get tired, sick, exhausted or they do not need sleep and rest. Workplace violence is an act of aggression, physical assault, or threatening behavior that occurs in a work setting and causes physical or emotional harm to an employee. Violence on road (road rage), public places is common but it can under no circumstance be acceptable in hospitals. The hospitals cannot be allowed to become battlegrounds for the simple reason that sick people need a peaceful environment where they can get sympathy, empathy, support etc. on other hand the health-care professionals also need a stable and peaceful environment if they are ever able to give self-less care rather than worry about their personal safety. Thus, if the hospital environment is exposed to violence its practitioners might start practicing defensive medicine, and focusing on saving their own skin rather than treating a patient. Moreover, often Pakistani doctors are made scapegoats by the patient’s attendants who bring their patients to hospitals after the patient has become incurable. Despite rendering all efforts, the attendants of the departed patient hold on-duty doctors accountable and demand justice while it gets reported in print and electronic media as the negligence of doctors.

The negative journalism that has targeted the medical community has led us to the point where patients and their attendants enter hospitals with aggressive mindsets toward doctors. They have made a habit of hurling abuses and knocking doctors out whenever things are not going according to their wishes. The doctor-patient relationship is a sensitive one and the media, which has the power of making a public opinion should not play its role negatively in bashing and defaming any particular profession for no reason. It has to be effectively communicated that doctors can&#39;t perform miracles, indeed they can give better treatment, a better cure and modify disease process but they cannot prevent eventual mortality. At best they can help patients to adjust with disease its morbidity and mortality. It’s an alarming call for all of us that our doctors have reached to this point by facing continuous violence acts simultaneously that they will not going to take any critical patient case anymore for their cure if we did not stop to blame them for any bad happening which may cause by nature. So this will be how an unrest will be create. We should assure our medical community to work mind-peacefully and whole heartedly because in every matter of life where more than one people is involves there should be a mutual understanding and mutual reservations for a peaceful and ideal situation. Furthermore, the law enforcing authorities should realize that their mandate is to maintain law and order and not to takes sides in any dispute and deliver instant justice to the victims.

This is a humble appeal before the present government, the health minister and to health care commission to seriously reconsider to sign the ‘Doctor’s Protection Bill’ and make it officially implement so that doctors feel their selves secure if any inconvenience happen against them. They must have the right to knock the door of courts and appeal for justice if they are happen to harassed, bashed and defamed by weird and aggressive strata rather to suffer silently. Secondly, government and all other aligned and related institutions with medical and health departments should manage the security to each hospital and medical staff to ensure the proper vigilance and to maintain the law and order situation in case of any inconvenience or conflict. Conclusively, the policy of live and let other live is far better than making any rift and plight in the society. We must respect our doctor community and on some extent it is obligatory for all of us because they have devoted their lives in serving the humanity. In general a peaceful society can take birth if we stop blaming each other and adopt the tolerant and a gratitudinal and thankful attitudes within our life.