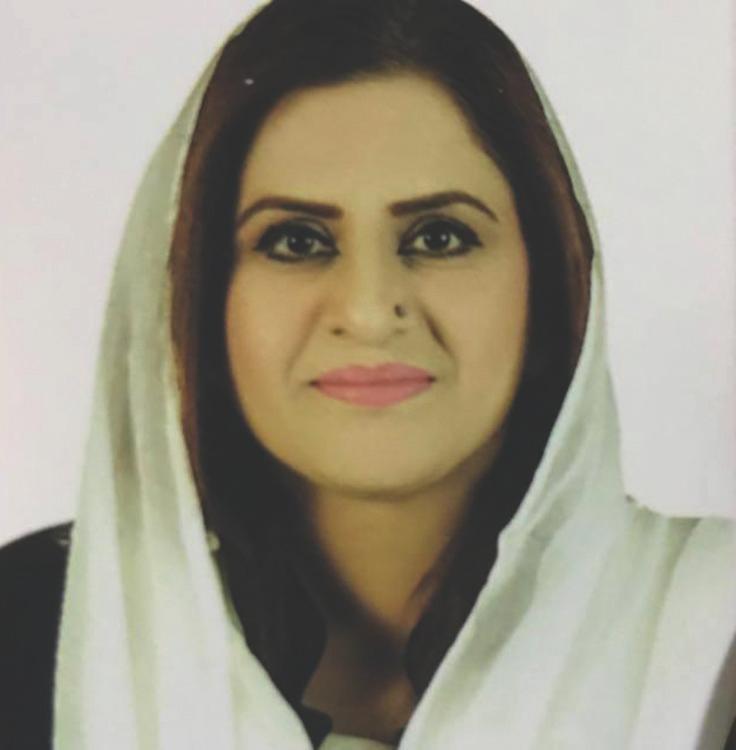 Corona virus is a serious threat to the humanity now days. Almost all the societies and civilizations are facing serious challenges to meet it. Pakistan under the leadership of Prime Minister Imran Khan and Punjab province under the excellent administration of Usman Buzdar have done outstanding role for its prevention. It is being hoped coronavirus will be controlled soon because of their excellent planning and supreme direction.

There are two main versions of the rumour, and they having one common threat that the coronavirus was engineered in research laboratory in Wuhan. In one version of the rumour, the virus was engineered in the lab by humans as a bioweapon. In another version, the virus was being studied in the lab after isolating it from animals and then leaked because of poor safety protocol. There is common myth that this corona virus came into being accidently because of eating the bats in China. The virus has killed more than 37,000 people and infected more than 880,000 worldwide. The World Health Organization (WHO) has declared a pandemic over a new coronavirus which causes an illness known as COVID-19 that has spread to more than 190 countries and territories.

Globally it has been revealed that this disease has killed more than 37,800 people and infected some 780,000 according to data compiled by Johns Hopkins University. Unfortunately this coronavirus has hit almost all the countries of the world having the conformed cases so far:

So far 280 coronavirus has been diagnosed in different hospitals of Lahore. Out of which there are DGK quarantine 207 cases, Multan quarantine 46, Lahore 115, Gujarat 48, Gujranwala 9, Jhelum 19, Rawalpindi 14, Multan 3, Faisalabad 10, DGK 5, Mandibahuddin 3, Sargodha 2, Nankanasahib 2 & Mianwali 2 and Narowal, RYK, Attock, Bahawalnagar & Khushab have one case each,

Government of Pakistan under the leadership of PM Imran Khan has taken admirable and vital steps to stop and further spreading of the coronavirus. On March 17, Pakistan’s Prime Minister Imran Khan gave his first national address on the coronavirus. The bottom line of this address was his signature expression: “Ghabraana nahi hai,” meaning “Not to worry.” He ruled out the possibility of imposing a lockdown, saying that Pakistan’s poor especially daily wage earners and city laborers would die of hunger if he did so. He spoke plainly and urged social distancing, but in his bid to avoid panic, he failed to convey the gravity of the matter. For this purpose Prime Minister Imran Khan called an emergency meeting of the National Security Committee and took steps to prevent the coronavirus from spreading in the country.

Coordination among departments has been enhanced and with the help of home department, screening process at airports has been intensified. Mr. Usman Buzdar started an awareness campaign in Punjab. Doctors are on alert in the province; he has taken steps to educate people about the mode of transmission and the precautionary measures”.

Excellent efforts are being done by the Chief Minister of Punjab to get rid of this serious threat. It also has been seen the strong determination and political will in Chief Minister of Punjab as well as Prime Minister of Pakistan Imran Khan. Different effective measures have been taken by the CM of Punjab to resolve the crises. Chief Minister of Punjab Usman Buzdar has involved the Pakistani media excellently to strengthen the campaign. He addressed the media with regard to steps taken for the prevention of coronavirus. He imposed the effective health policy in Punjab and cabinet committee holds on daily basis to control the corona. Cabinet committee reviews all the conditions and recommends steps to be undertaken and take decisions to safeguard the lives of the masses. He released funds for Punjab on worth Rs. 8 billion immediately for health department and PDMA while one thousand bedded field hospital will also be set up at Expo Centre Lahore for which directions have been given. Arrangements have made for admitting patients in private hospitals and hotels. Our doctors and paramedical staff are standing on the front line in order to cope up with coronavirus and We must all pay tribute to my doctors and paramedical staff. Punjab government has announced grant special package to doctors and paramedical staff for effectively dealing with coronavirus.

Usman Buzdar further pays compliments to chief minister Baluchistan for properly looking after those pilgrims which belong to Punjab and have arrived from Taftan. Punjab government will provide funds worth Rs. One billion to Baluchistan government while Chief Minister Fund is also being established in Punjab and philanthropists have given their complete assurance to contribute generously in this fund. Punjab government has granted funds to health department amounting to Rs. 236 million which have been spent and health department has its own mechanism for purchasing necessary equipment’s and other instruments. A few equipment’s have been purchased at federal level and the remaining on provincial level. Next cabinet meetings will be held via video link and very important officers will participate in this video link meeting. All these measures are proof of our determination that we and the masses are standing side by side in this war.

Meanwhile, Usman Buzdar has assigned duties to provincial ministers, advisors and special assistants to review steps being taken for controlling coronavirus in their assigned districts.

National Coordination Committee for Covid-19 has been established to monitor the situation and take necessary decisions on a daily basis. The committee will have the representation of all provinces and relevant stakeholders. Beside this National Disaster Management Authority (NDMA) will do vital operations and it will coordinate with the provincial and district authorities for the necessary implementation of the preventive and curative actions.

All educational institutions (schools, colleges, universities, madrassas), both public and private, will remain closed across the country until April 5, 2020. More over Pakistan has sealed down the western border with Afghanistan and Iran for two weeks for both travellers and trade to prevent the spread of the pandemic coronavirus. All Pakistani pilgrims arriving from Iran will be placed in 14-day quarantine.

All public gatherings and large conferences have been banned.

To limit the spread of Covid-19, no visitors are allowed in prisons for three weeks. Also, Chief Justice of the Supreme Court and provincial high courts requested the suspension of all proceedings of civil court, and asked that no cases are scheduled for the next three weeks. A comprehensive food security plan has been devised to avoid any food shortages or hoarding in the coming weeks and months.

In view of these circumstances and by seeing the commendable enthusiasm of Cm of Punjab Mr. Usman Buzdar as well as PM of Pakistan Mr. Imran Khan, I expect to control this disaster within a few weeks. Both these leaders have the ability to turn over a new leaf to control these crises.