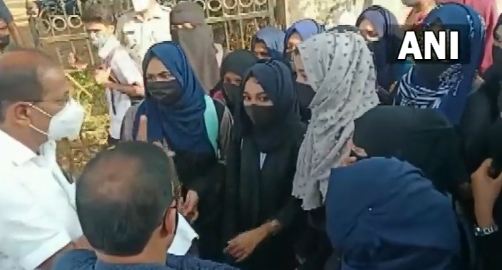 The southern Indian state of Karnataka is embroiled in a bitter feud over the hijab, with Indian media reporting another incident in recent weeks in which Muslim students were barred from entering their educational institutions for wearing the hijab. has been done.

According to the Hindustan Times, 27 students in the coastal town of Kandapur in Karnataka’s Udpi district were barred from entering the government-run Pre-University College – equivalent to a high school – for wearing the hijab on Thursday.

A video of the incident was well shared on social media.

He added, “When the principal asked the students to remove their hijab and go to classes, a discussion started with the students that there is no government order banning hijab in government colleges in Kandapur.” ”