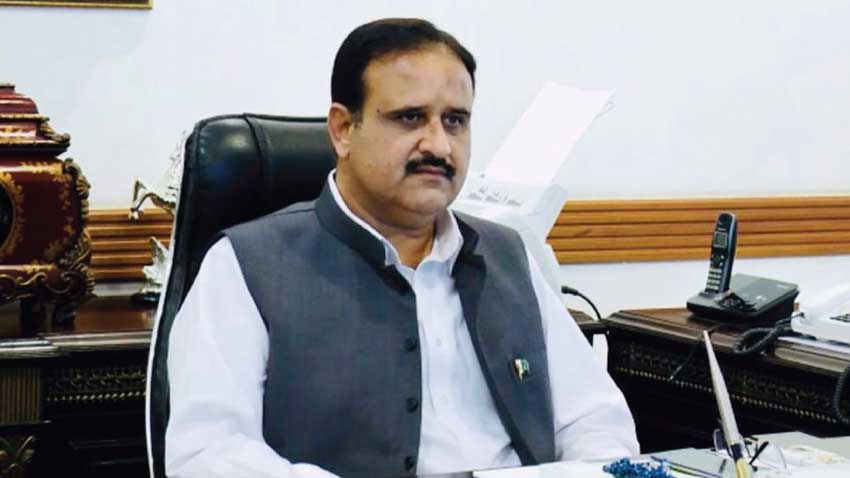 Lahore: Provincial Assembly Members Sadia Sohail Rana, Sumaira Ahmed, Rasheeda Khanum, Mahindar Pall Singh, Muhammad Naeem Ibrahim, Muhammad Amir Anayat Shahani, Mehr Aslam Bharwana, Ch. Faisal Farooq Cheema and a host of other parliamentarians called on Chief Minister Punjab Sardar Usman Buzdar and apprised him about the problems of their constituencies. The CM issued directions for the solution of constituency-related problems while pointing out that women parliamentarians are always included in the consultation process. I do not believe in a one-man show and support the philosophy of teamwork, he said. The women MPAs will be given their due rights because no society can progress without practical participation of its womenfolk, the CM added and stressed that women empowerment is an important mission of PTI government.   The CM said PDM has been entrapped in a political blind alley as the masses have put an end to negative politics. After the failure of resignation-threat, the long march call will also end in a fiasco because rejected cabal cannot cheat the people, he stated.

The CM emphasized that the scope and volume of work done in two and a half years is far better than the performance spanning over 30 years. Regrettably, the opposition did not refrain from the agenda of negative politics in the corona as the people have rejected their political corruption. The timely decisions made by the PTI-led government have been globally acknowledged while the opposition continued to create jangling discords for the sake of promoting its petty politics, he continued. The opposition will face defeat in the upcoming Senate election and PTI’s candidates will achieve success. Meanwhile, I continuously visit different areas to solve problems of the people as I do not believe in sham image building. I believe that public service is the gist of all political philosophies, concluded the CM.  Chief Whip Syed Abbas Ali Shah and secretary good governance committee Col (R) Ijaz Hussain Manhais were also present.

Meanwhile Chief Minister Punjab Sardar Usman Buzdar has accorded approval to revamping the directorate general public relations (DGPR) department at a meeting attended by finance minister Hashim Jawan Bakht, SACM Dr Firdous Ashiq Awan, chief secretary, chairman P&D and DGPR to review the future roadmap.  The CM approved procurement of two DSNG vans along with the establishment of a state-of-the-art studio while four directorates will be technologized to meet the modern-day needs. The print media, electronic media, digital media, administration, advertisement, press laws, IT and legal sections will be rejigged and all the directorates will be provided with the latest information and communication technology tools to optimally perform, the meeting decided.  It was further decided, in principle, to give 25 per cent special allowance to officers and officials of their basic salaries.

The CM directed that cabinet standing committee for finance and development will give final recommendations after a detailed review. He approved monetization policy for DGPR employees to procure leased vehicles from the Bank of Punjab. He directed that estimates of modernization and improvement in DGPR building be collected from Infrastructure Development Authority Punjab to bring it up to code. The participants also deliberated over the proposal of a media tower’s construction in the DGPR department through a public-private partnership. The CM directed prudent consultation before initiating the proposal of the chief minister’s internship program for young media graduates. The multifarious importance of DGPR department has increased than before and every sort of resources will be provided to modernize the department for meeting the emerging challenges of the 21st century. The ICT boom has brought an ever-increasing globalized information revolution; that is why, good command over dexterous use of digital media and IT tools is imperative for DGPR officials; he said and added that the department will be revamped to meet the electronic and social media challenges.  Earlier, secretary information briefed about departmental performance and modernization plans.

Terrorism spread in Pakistan due to weak education system