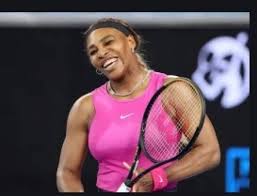 It may be this season or never for Williams, who turns 40 in September and will have to conquer a field bursting with young talent headed by US Open champion Naomi Osaka, home favourite and world number one Ash Barty and defending champion Sofia Kenin. The tournament was put back three weeks to allow all players to quarantine for 14 days, but a coronavirus case at a hotel saw all play shelved in warm-up events with hundreds of players and officials ordered back into isolation for Covid tests. Williams, who will play second on Rod Laver Arena against Germany’s Laura Siegemund, says she has benefited from the delays, using them to recover fully from the nagging Achilles injury sustained during her run to the semi-finals at the US Open, which caused her to withdraw from Roland Garros.

“I needed time. I don’t think I would have been here if it was during the regular season,” she said.

“I definitely was pushing the limits, but I’m here,” assuring that a shoulder issue that caused her to pull out of the warm-up Yarra Valley Classic semi-finals would not be a problem.

Williams won her 23rd Grand Slam singles title at the Australian Open in January 2017, then revealed she had been pregnant with daughter Olympia. She has reached four major finals since, twice at Wimbledon and twice at the US Open, but left empty-handed each time and coronavirus-disrupted 2020 was the first year since 2006 that she failed to reach a Slam final. Osaka comes into Melbourne as US Open champion, as she did two years ago before battling past Petra Kvitova in one of the greatest Australian Open finals to lift the Daphne Akhurst Cup.

The Japanese icon last year overtook Williams to become the world’s highest paid female athlete, according to Forbes magazine, and arguably the face of the sport after campaigning for diversity and social justice.

Osaka won widespread praise for her outspoken support of the Black Lives Matter movement during the coronavirus shutdown and at the US Open, where the 23-year-old wore a different mask each round emblazoned with the name of a victim of systemic racism or police brutality.

“I feel like the last year changed me a lot,” said Osaka, who will open the tournament on centre court, the Rod Laver Arena, against Russia’s Anastasia Pavlyuchenkova.

“There was a lot of things I was struggling with, and I feel like during quarantine I really had to dig deep in myself and try to figure it out for myself.”

The 2019 French Open winner and top seed Barty will carry the nation’s hopes of a first home champion in more than 40 years, having come close last year when agonisingly losing a tight semi-final 7-6 (8/6), 7-5 to eventual champion Kenin. Barty had been in unrivalled form pre-pandemic, winning an Australian Open warm-up in Adelaide to add to four WTA titles in 2019, including her maiden major at Roland Garros. And though the 24-year-old has hardly swung a racquet since, electing not to travel because of coronavirus risks, it was as if she had never been away as she won the Yarra Valley Classic final against Garbine Muguruza.

“I couldn’t wait to get on the court quick enough,” said Barty after her straight-sets victory.

“It is always a little bit tricky when you haven’t played in 12 months.”

Kenin, 22, finds herself as defending champion at a Slam for the first time, having won when seeded 14 a year ago. The WTA player of the year also reached the final of the delayed French Open in a breakout season truncated by the coronavirus. Her preparations suffered a blip when she lost in straight sets to Muguruza in the Yarra Valley, a re-run of last year’s final, and appeared to pick up an injury. World number two Halep, 28, has been Wimbledon champion since 2019 because the tournament was cancelled last year.

The Romanian has lifted only one other Slam trophy, the 2018 French Open, despite spending seven consecutive years in the top 10, the longest active streak of any woman, but she Halep is nursing a back injury.

With most players having had little time on court, more injuries or shock results are likely, as at the delayed French Open in September, won by the virtually unknown Polish teenager Iga Swiatek.