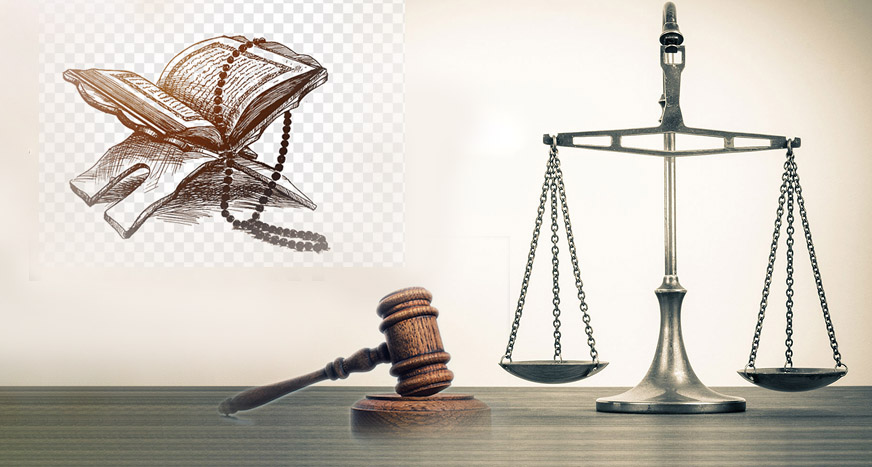 It is an oft-quoted opinion of Imam Ghazali that Islam and politics are born twins. In fact, in an exercise in elaboration rather than alteration, it would be more apt if it were said that Islam and justice were born twins. To put this into context: When once a poor Egyptian came to plead his case against the governor of Egypt, the second Caliph of Islam, Hazrat Umar summoned the dignitary and reprimanded him with this question, “how can you enslave people when they were born free from the womb of their mothers?” Perhaps, of all the lengthy commentaries written on social justice and Islam, this line encapsulates the crux of the Islamic idea of social justice to its fullest.

Felicitations and remembrances are part of the human ethos and collective memory. The purpose of such events and occasions is not only commemoration and association, but also a commitment towards its aspiration, propagation, and the realization of universally held ideals and norms. As people around the globe memorialize the World Day of Social Justice on February 20, it is imperative to first understand the implications of the constituents of social justice. Every individual must have access to inalienable rights of life, liberty, honour, happiness, and equality. The citizens of the world must have equal access to means of alleviating themselves from poverty and unemployment. They must also be free from the discrepancies of exclusionary social setups and ingrained discriminatory practices. Thus is the notion of social Justice: Man is born free, therefore, must be free to exercise without any external encumbrances and socio-political hindrances.

The universal ideals of social justice have taken millennia to pervade the consciousness of the world community and it is a process yet to reach its apogee. But it is the mark of Divine Providence and Prophetic excellence that Islam taught these lessons to the illiterate, war hungry and barbaric Bedouins of the Arabian Peninsula. What the civilizational evolutionary progress took ages to formulate, the Prophet of Islam practiced and proselytized in less than a decade. It was that miraculous era of Prophet Muhammad (SAW), the epoch of his faithful companions and the blessed State of Medina. And it is the reverberation of this dream, realized so long ago, which has become the passion, the pith, and the vision of Prime Minister Imran Khan.

PM Imran Khan’s core ideology owes its originations and allegiance to the nomocratic state of Medina. The Islamic state, by definition, is a state run by law; hence Professor Majid Khadduri, a renowned academic, defined nomocracy, or the rule of law, as the cornerstone of Islamic political system. However, it differs from the customary and precedential legal codices in the sense that Islamic law is the reflection of Divine guidance enshrined into political will, which in turn manifests itself in the absolute and total enforcement of social justice in society. The foundational pillars of the State of Medina were based on the principles borrowed from this conception of social justice. These pillars were: rule of law, accountability of the powerful, equality based on rights and duties rather than station and social hierarchy, and the elevation of spiritual purity as the most desirable moral and religious goal in the society.

To this end, the Prophet of Islam himself led by example. The Prophet’s warning that even if his own daughter were to commit larceny, she would be dealt with as any other ordinary Muslim individual, testifies to the commitment of the Prophet to the realization of these principles. In his last sermon, the Prophet (SAW) clearly demarcated the contours of an Islamic society. He declared the sanctity of human life and dignity, and depriving one of this right amounts not only to worldly abasement, but eternal perdition. He sanctified the dignity of women and their status in the Muslim society. The most effusive declaration by the Prophet was on the matter of economic inequality. Hardly anything is emphasized with more fanfare in the Quran as much as Prayer and Zakat: one for spiritual advancement, the other for material refinement. The poor always had a special status in the eyes of the Prophet so much so that he prayed that he spent the rest of his days and be risen in afterlife with them.

In the classical Islamic discourse, the conception of Islamic social justice is seen as a sacred amanah (trusteeship). Social justice is considered not only a consequence of the proper functioning of an Islamic state par excellence, but an integral pre-requisite for its legitimacy and establishment. Similarly, in the early modern period, the savant of Delhi, Shah Wali Ullah, incorporated social justice as one of the cornerstones of human socio-political harmony, culminating in the Islamic welfare state. In the modern period, Dr. Muhammad Iqbal’s thought recast Islamic social justice in the making of a modern Islamic polity. In his view, Muslims could only come head-to-head with the developed and prosperous nations of the world if they were to achieve the ideals of Islamic social justice. In his poetry, Iqbal constantly decries the disenfranchisement and exploitation of the poor and the weak at the hands of capitalists and imperialists of his age. He blames the greed and pride of nations and their individuals for abandoning the cause of human dignity and integrity. He calls his audience to the message of Islam – that is equality among all, catering to the needy, and the accountability of the powerful.

Pakistan as a nation carries a heavy burden on its shoulders. That burden is passed down to us by our predecessors leading all the up to the last Prophet of Allah Almighty. It is not a burden we can shrug off; neither can we ignore it. For it is our identity, our duty and our salvation and our destiny. The burden that we must bear, and carry forward, is that of the fulfilment of the ideals of Islamic social justice in our times. The existence of Pakistan was the result of a desire for the fulfilment of ideals of social justice. Its essence and its destiny is the propagation of the lofty ideals such as the eradication of inequality, mitigation of discrimination, elevation of human dignity, moral and spiritual uplift, and the attainment of social justice. It is high time that we rise to the challenge and cultivate an environment conducive to the development of a welfare state in sync with the Islamic principles of social justice.

Related Topics:Islam and Social Justice
Up Next

Opposition leaders have nothing to do with issues of nation: CM Buzdar