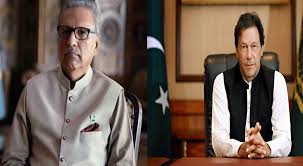 ISLAMABAD: Prime Minister Imran Khan Friday hoped that the achievement of Kashmiris’ goal of self-determination was not far as the younger generation was taking the struggle forward with even greater resolve.

“Now, a younger generation of Kashmiris is taking the struggle forward with even greater resolve. To the Kashmiri people, my message is that your goal of self-determination is not far,” the prime minister said as the nation observed the Kashmir Solidarity Day.

On the Day, he reiterated that Pakistan stood united and resolute with the Kashmiris in their legitimate struggle for self-determination, which had been reaffirmed by the international community in numerous United Nations Security Council (UNSC)resolutions.

He said over seven decades of Indian occupation and oppression had failed to weaken the Kashmiri people’s resolve to struggle for their right to self-determination.

“Pakistan will stand with you till you achieve your legitimate rights. Pakistan has always stood for peace in our region, but the onus of creating an enabling environment lies with India,” Imran Khan added.

He said if India demonstrated sincerity in seeking a just solution to the Kashmir issue, in accordance with the UNSC resolutions, Pakistan was ready to take two steps forward for peace.

“But let no one mistake our desire for stability & peace as a sign of weakness,” he said.

He said rather, it was because of Pakistan’s strength and confidence as a nation that it was prepared to go the extra mile to ensure a just peace that fulfilled the legitimate aspirations of the Kashmiri people.  In his message on the occasion of Kashmir Solidarity Day, the President said the resolution of Jammu and Kashmir dispute in accordance with the relevant UN Security Council resolutions and the wishes of Kashmiri people is key to durable peace in South Asia. Calling self-determination one of the fundamental rights codified in the United Nations Charter, the President said the denial of this right and subjugation of Kashmiris is the very negation of human dignity. He said the demographic apartheid in the occupied territory by the Indian occupation forces is a further violation of international law wherein the Kashmiris’ majority is being turned into a minority in its own land.