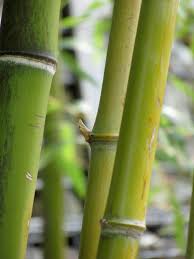 ISLAMABAD: Pakistan has decided to become a full member of the International Network on Bamboo and Rattan (INBAR) to balance out the role of India in the body, a move aimed at boosting production of bamboo. India is already a member of the organization, which is an independent inter-governmental body with a global mandate to promote the development of bamboo and rattan in ways that are beneficial to people and the environment. Politically, Pakistan can balance out the space enjoyed by India in INBAR. According to the Food and Agriculture Organization (FAO) of the United Nations, the area under bamboo cultivation had increased from 9,000 hectares in 1992 to 20,000 hectares in 2010. A major boost to the cultivation of bamboo came during the war in Afghanistan, after the earthquake in 2005 and floods of 2010. The Climate Change Division apprised the cabinet in a recent meeting that a memorandum of understanding (MoU) had been signed between the climate change ministry and the National Forestry and Grassland Administration of China during the visit of Prime Minister Imran Khan to Beijing on November 3, 2018 to increase cooperation in the field of forestry, wildlife and biodiversity.

In accordance with Article 4 of the MoU, the first meeting of the joint working group of the two sides was held on March 26, 2019 in Beijing. One of the implementation measures agreed between the parties was that Pakistan would consider joining INBAR as a full member. INBAR was established in 1997 to promote environmentally sustainable use of bamboo and rattan. It has 47 member states including all Saarc member countries except for Pakistan and Afghanistan. Pakistan focused more on developing its bamboo resources after 1971. In view of the significant importance of bamboo in Pakistan, the Ministry of Foreign Affairs was requested to advise on becoming the full member of the organization. The foreign affairs ministry intimated that the Embassy of Pakistan in Beijing had recommended joining INBAR for achieving potential benefits. After becoming the full member, Pakistan may explore trade and investment avenues for its bamboo-related products. Resources of INBAR may be used to promote bamboo products of Pakistan. Problems related to climate change, land degradation and natural calamities like floods and earthquakes can be mitigated by cultivating bamboo. Pakistan may also utilise INBAR resources for research and capacity building of technical experts. Since India is already a member, Pakistan can therefore balance out the space enjoyed by the former in the organization. Moreover, the Finance Division had also supported the proposal for Pakistan to become the full member of INBAR. The Climate Change Division requested the federal cabinet to approve the “Instrument of Accession” for becoming the full member of INBAR based on the “Agreement on the Establishment of INBAR” with an annual fee of $8,000. The cabinet considered the summary submitted by the Climate Change Division and approved the proposal.

Ulema should spread awareness on righteousness, corruption and unity: PM