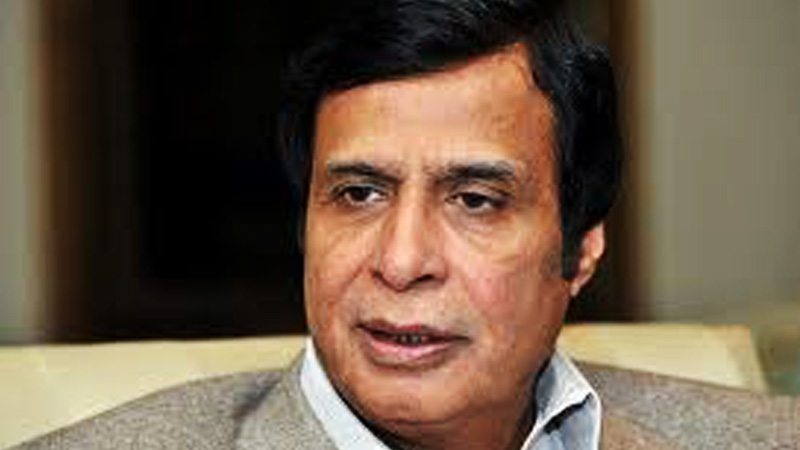 He said this while talking to the delegations of Pakistan Federal Union of Journalists (PFUJ) delegations on the completion of 100 days of the government in the Punjab Assembly here today (Friday).

Ch Parvez Elahi further said that wellbeing of Pakistan lies in strengthening of Imran Khan, he is a leader with good intentions, if the ruler has good intentions then Almighty Allah helps and the country becomes stronger economically, we are with Imran Khan and his party, PTI is the biggest of all parties and chief minister-ship of Punjab was its right, in initial 100 days the prime minister has formulated his policy, now further headway is to be made under this policy, we have old relations with Chief Minister Usman Buzdar, he is a commoner and is aware about problems of the common man, Pakistan Muslim League is sincerely going along him and will make him successful, we never desert with whom we stand

Ch Parvez Elahi further said that Shehbaz Sharif scrapped our projects of welfare, persisting with enmity for patients did not allow even hospitals to be constructed, he did every work for securing cheap fame instead of farsightedness, we had left Rs. 100 billion in the treasury of Punjab, Shehbaz Sharif rendered the province bankrupt, during our tenure we wished Sharif family well and kept running their businesses also but during 10 years of his chief minister-ship Shehbaz Sharif got instituted false cases against us, but we have clean hands and because of this Almighty Allah helped us, Sharif family is in the grip of Allah because of its enmity towards people.

Journalists leaders said that Ch Parvez Elahi had always supported the journalists, he established housing colonies in different cities and provided plots to the journalizing without any discrimination and solved their problems on preferential basis.