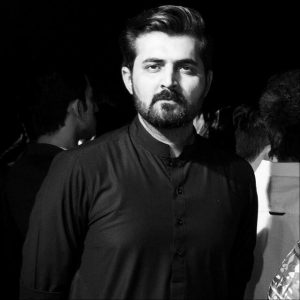 Being a student of Communication and a PR practitioner in the public sector organization, frankly speaking, it was misunderstood in the previous regime. It is equally misunderstood in the current regime. At Provincial level, it is largely associated with news and tickers management of any cabinet member or sitting Minister or even Chief Minister for that matter by his PRO. Is that enough to achieve the ultimate goal of mutual understanding between the voter and their elected representative?

“Political public relations is the management process by which an organization or individual actor for political purposes, through purposeful communication and action, seeks to influence and to establish, build, and maintain beneficial relationships and reputations with its key publics to help support its mission and achieve its goals.”

An academic analysis of this definition would reveal to you that Political PR goes far beyond the conventional understanding of the Public Relations if its practitioners in the public sector organizations understand the difference between the two concepts at all!  We must not forget that political public relations lies at the crossroads of public relations; political communication, political science, political marketing, public affairs, political management, political campaigning and other related concepts in our part of the World but established fields in the West.

So, what is it that is keeping Public Relations Officers (PROs) , working in public sector organizations both at Federal and Provincial set ups who are solely responsible for image building of a Government Ministry/ department they are attached with through robust networking and communication skills outdone?  Empirical evidence suggests following 10 reasons for their lackluster performance;

Given these issues are properly addressed, it is the Government who is going to immensely gain form it. We must not forget that communication is the new fuel of the modern world. Without lobbying and projection of the government’s initiatives and policies for the masses it is working so hard, miscommunication and propaganda can be a potential threat to its legitimacy.

Let the sitting government be more cognizant of the importance of Political PR by equipping the concerned professionals with prerequisites. One also lives in hope that PROs who are entrusted with the supreme responsibility to put up the government’s positive image to the masses must do some soul searching and adopt to the new tools of communication in the given circumstances. Time calls for an instant action.