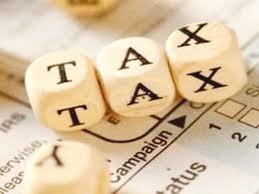 LAHORE: Continuing with its exceptional performance in the current financial year, the Punjab Revenue Authority (PRA) succeeded in collecting Rs 11.23 billion in the month of January 2021, the highest tax revenue collection for January in the history of PRA. Despite giving unprecedented relief in the Finance Act 2020, whereby rates on more than 25 services had been reduced to five percent, the PRA managed to show an increase of 10 percent on the previous record of Rs 10.21 billion collected in January 2020, the Authority’s spokesperson disclosed this to media. Overall, PRA’s collection for the first seven months of the financial year 2020-21 was Rs.85.9 billion, registering 38 percent growth over the previous year, she said and mentioned that this was also by far the highest ever collection in the first seven months of a financial year. She elaborated that the collections for the same period in 2017-18, 2018-19 and 2019-20 were Rs 56.8 billion, Rs 51.7 billion and Rs 62.2 billion respectively, thus PRA had achieved 69 percent of its target of Rs 125 billion in only seven months.

PRA spokesperson said that Authority expected to not only achieve but surpass its target this year, as the economy bounces back from the effects of COVID-19 pandemic. She added that this performance had been achieved by following the Punjab government’s and finance minister’s policy of reliance on stakeholder involvement, taxpayer facilitation and education, instead of resorting to coercive measures. PRA Chairperson praised the efforts of the whole team and attributed this performance to the vision and support of Provincial Finance Minister Makhdoom Hashim Jawan Bakht and the dedication and hard work of the PRA team.

Meanwhile the Central Development Working Party (CDWP) approved two projects worth Rs11.6 billion and gave concept clearance to two other proposals. Two projects related to healthcare were presented in a CDWP meeting, chaired by Planning Commission Deputy Chairman Mohammad Jehanzeb Khan. One scheme titled “Establishment of 250-bed Mother and Child Hospital in Sialkot, Punjab” worth Rs4.97 billion was approved by the committee. The objective of the project is to enhance access to quality maternity care for the citizens of Sialkot and its surrounding areas, ensure provision of satisfactory antenatal, natal and post-natal services, and provide highly qualified consultants from the disciplines of obstetrics, gynecology, pediatrics and neonatology. Moreover, the project is also aimed at providing family planning counseling and services for effective population planning. The second project was titled “Establishment of Child Health Care Institute Sukkur” worth Rs6.55 billion. The project envisages accessible healthcare for children of northern Sindh, adjoining districts and border areas of other provinces through a proposed facility of 200 indoor beds, OPD with specialized diagnostic and surgical services.