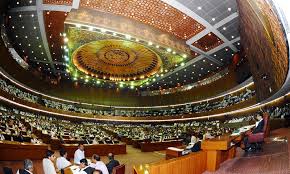 ISLAMABAD: President Dr Arif Alvi on Saturday signed off the Election Amendment Ordinance 2021 under which upcoming Senate elections can be held through open balloting.

The ordinance will be effective with immediate effect and the enforcement of the ordinance will be subject to the outcome of a presidential reference wherein the federal government has sought opinion from the Supreme Court whether the Senate elections could be held through open ballot without any constitutional amendment.

The ordinance shared by Information Minister Shibli Faraz on Twitter, stated that: “Senate and National Assembly are not in session and the president is satisfied that circumstances exist which render the ordinance necessary to take immediate action.”