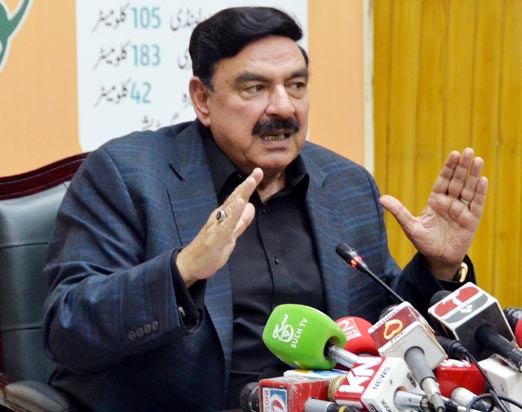 According to details, former interior minister Sheikh Rasheed reached the Rawalpindi bench of the Lahore High Court and applied for pre-arrest bail.

It may be recalled that nine cases have been registered against Sheikh Rasheed in different cities while the police have already arrested his nephew Sheikh Rashid Shafiq.

It may be recalled that a case was registered against more than 150 people including Imran Khan, Sheikh Rasheed, Fawad Chaudhry and Shahbaz Gill in the Masjid-e-Nabawi incident.

Earlier, Awami Muslim League chief and the former interior minister had filed a petition at Kohsar police station in which he said that he was also receiving threats from Interior Minister Rana Sanaullah and others.