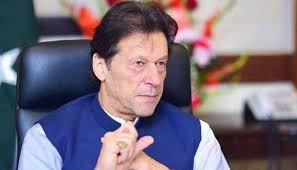 Editorial: Although we have seen many political leaders doing seminars and speeches at different gatherings. This is their way to create a communication cycle with public- sharing their thoughts and doing promises to better the condition of present situations and crises. Since, being at a big position, say prime minister or president, it is very special for the nation having an interaction with their leader. Our Prime minister, khan sahab regularly speaks to public at different events and gathering either through live or recorded sessions or videos but  his open press conferences are rare.

Khan Sahab, in his initial speech in the parliament as the head of the government,  had vowed to answer the questions of his fellow lawmakers twice a month in a session later named “Prime Minister’s Question Hour”.

“Twice every month I will answer to the people during the question-answer session in the assembly,” he said at the time. However, the same is yet to be implemented by the government.

Prime Minister Imran Khan will answer the public’s questions via telephone on Monday, his office announced, in the first such session since he assumed office in 2018.

Social media platform Reddit hit by outages in US